Those that do not give P2P systems the chance to sell their positive aspects are often influenced by what took place in the music industry. You only have to look to Napster to discover how radically things have changed in terms of music distribution. 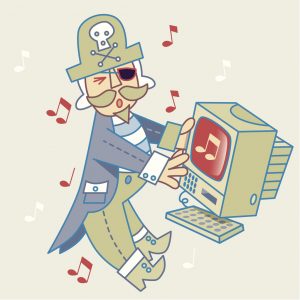 Ironically, P2P originally started out as a good concept for music distribution. It changed the playing field for the artists who didn’t have the big names or the big bucks to market their music. Previously, musicians were totally reliant on the big music labels to get them recognized.

Unfortunately, what appeared to be a good thing soon became more of a problem. Instead of many artists being able to make their fortune through paying customers, the opposite became true. They began losing out on the sales of their records and CDs because they were able to be downloaded via a P2P system for free. There are some that argue that this impact has not been as dramatically negative as it is made out to be. It seems the argument depends on which side of the music industry fence one sits on. It really comes down to putting P2P in its proper perspective.