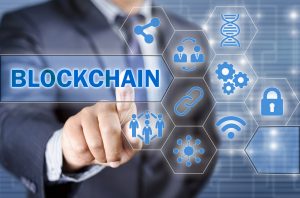 There has been significant growth of peer-to-peer or P2P systems as they are also known, over the Internet. They are different from traditional server systems, enabling the sharing of sharing of different resources and services with client computers and without the need for central servers or authorities. All entities in a P2P environment act as peers, and because of the large number of peers, objects can be replicated, and this is what provides for scalability. Peers are providers and users of resources and are able to access each other without intermediary agents, making P2P systems a large distributed one to which any peer is able to contribute. These P2P systems evolve quickly and this is because new nodes are leaving and joining the network according to the intention of users. They do come with security problems when compared with other types of distributed systems and this is possibly because of there being no centralized entity to act as an authoritative TTP to monitor peers.

Instant Payments around the World

Investors are being warned to be wary of bitcoin. They cryptocurrency, where payments are processed via a private network of computers and where each transaction is recorded in a blockchain, is being referred to as a bubble, and therefore spreading uncertainty, believing that bitcoin’s high price means doom. This bubble is talking about an asset which is driven by market behaviour. Beyond the Bitcoin bubble, essentially it is a hike in price that has resulted in an untruth about the actual value of an asset. Investment experts refer to bitcoin as a volatile bubble about to burst. And yet there are investors after bitcoin which is causing the prices to rise, but the price could be affected. Bitcoin should be a scalable, peer-2-peer cash system – a decentralissed digital currency that allows for instant payments to anyone wherever they are in the world. So without central authority, bitcoin uses peer-to-peer technology to operate and it manages transactions and issues money by way of the network. Users have the means to their own money and they transact directly with each other, with the assistance of a P2P network to check for double-spending.

You don’t have to be a financial innovator to see the benefits of an online peer-to-peer lender. People who have had bad luck with the banks have gone online to look for new lenders with better deals and less stress which they get from peer-to-peer lenders. Just relax and enjoy beat making because when you march to the beat of your own drum with money matters,you move your hope from mainstream financial institutions and put them in the fast-growing P2P loan industry which offer better rates than banks and provide more potential. As far back as 2005 already, a group of British internet bank employees dreamt up Zopa, as a way for people to lend one another small sums of cash. Referred to also as crowd-lending, P2P lenders are online financial matchmakers – cutting out the banking middle-man and ensuring borrowers get lower rates. Lending isn’t free for all though and borrowers have credit checks and are rated according to risk.